After dealing with painful engorgement and trying to get my oversupply under control, I suffered from plugged ducts. And they always came back! I guess a girl just couldn’t catch a break.

The first time I felt a lump in my right breast, I immediately thought I had breast cancer. I was so frantic and thought about all the worst possible scenarios. Thankfully, when I discovered the lump, it was around the time I had to go for my postnatal check. After the doctor examined me, I was happy to know it was just a plugged duct. Whew! The relief!

Breastfeeding with plugged ducts is completely manageable although it can be painful at times. The most important thing to do is to remove the milk frequently so you don’t develop mastitis.

How Did I Get Plugged Ducts?

From what I’ve been told, it basically happens if the breasts are not drained regularly and properly. If milk is being made faster than it is being expressed, then chances are you may develop a plugged duct.

With my oversupply, this made sense. Especially while I was trying block feedings to get it under control. My “unused” breast was making milk but it wasn’t being drained for 2-4 hours at a time. This not only led to engorgement, but plugged ducts.

A common cause of breasts not being drained well is a bad latch. Babies remove milk better than any pump. They are designed to do that. If they are not latched well, then they won’t be as efficient at removing the milk even though they may be feeding.

I can attest to that because at times (when I got lazy) when my daughter wasn’t latched on well, I knew she was getting some milk but after the feeding, I would still have some measure of fullness. I would then have to attach her properly to make sure she removed as much milk as possible.

There were times when I pumped and I knew that more milk could’ve been expressed but due to being tired, I would just leave the extra milk. Bad idea. That definitely contributed to my plugged ducts.

What To Look For

The most obvious thing is a lump. It may or may not be painful. For me, it was slightly painful when feeding. Also, there was a slight warmth to it. You shouldn’t have a fever though. That could be an indication of mastitis.

Whenever I fed from my affected breast, it always felt better after a feeding. The lump would be smaller and everything would be alright in the world :).

However, one of the symptoms that really affected me was a slower milk flow. The blocked ducts were in my right breast and my daughter hated nursing from that side so we almost always ended up switching to the left which didn’t really help my situation.

Choosing NOT to feed from the affected breast is the worst thing you can do. It makes things worse.

Finding a solution was paramount. Heat and massages were my best friends. Heat literally had my milk just pouring out. No stimulation. Nada. I would try to use a warm cloth about 5 minutes before feeding to help with my letdown so that my daughter wasn’t to antsy about having to work harder to get the milk.

When heat was combined with a massage and sometimes the pump…what a relief!

The only draw back to the breast massage was that I needed to use both hands to really get things going initially. But during a feeding, I would just massage the lump and I could almost feel it just shrinking as I fed.

In general though, there are a number of ways to treat a plugged milk duct. It’s all about finding what works for you. 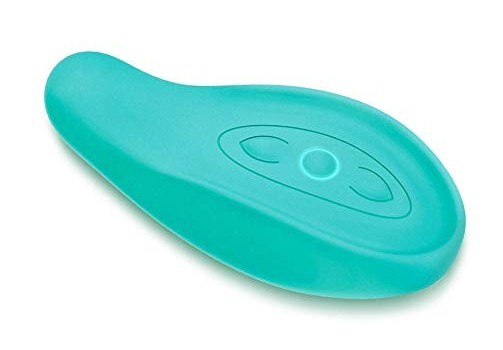 Handsdown massaging worked best for me. But it was also pretty time-consuming. The best thing you can do for yourself is to get a lactation massager! Seriously. It’s small and does all the “hard” work for you so you can focus on feeding your little one. LaVie lactation massager is the absolute best. It’s not expensive and I’m sure you won’t regret buying it.

Have you guys struggled with plugged ducts? How did you manage it? Drop your comments below! 🙂

Welp! I want to quit breastfeeding!

Things NOT To Say To A Breastfeeding Mom